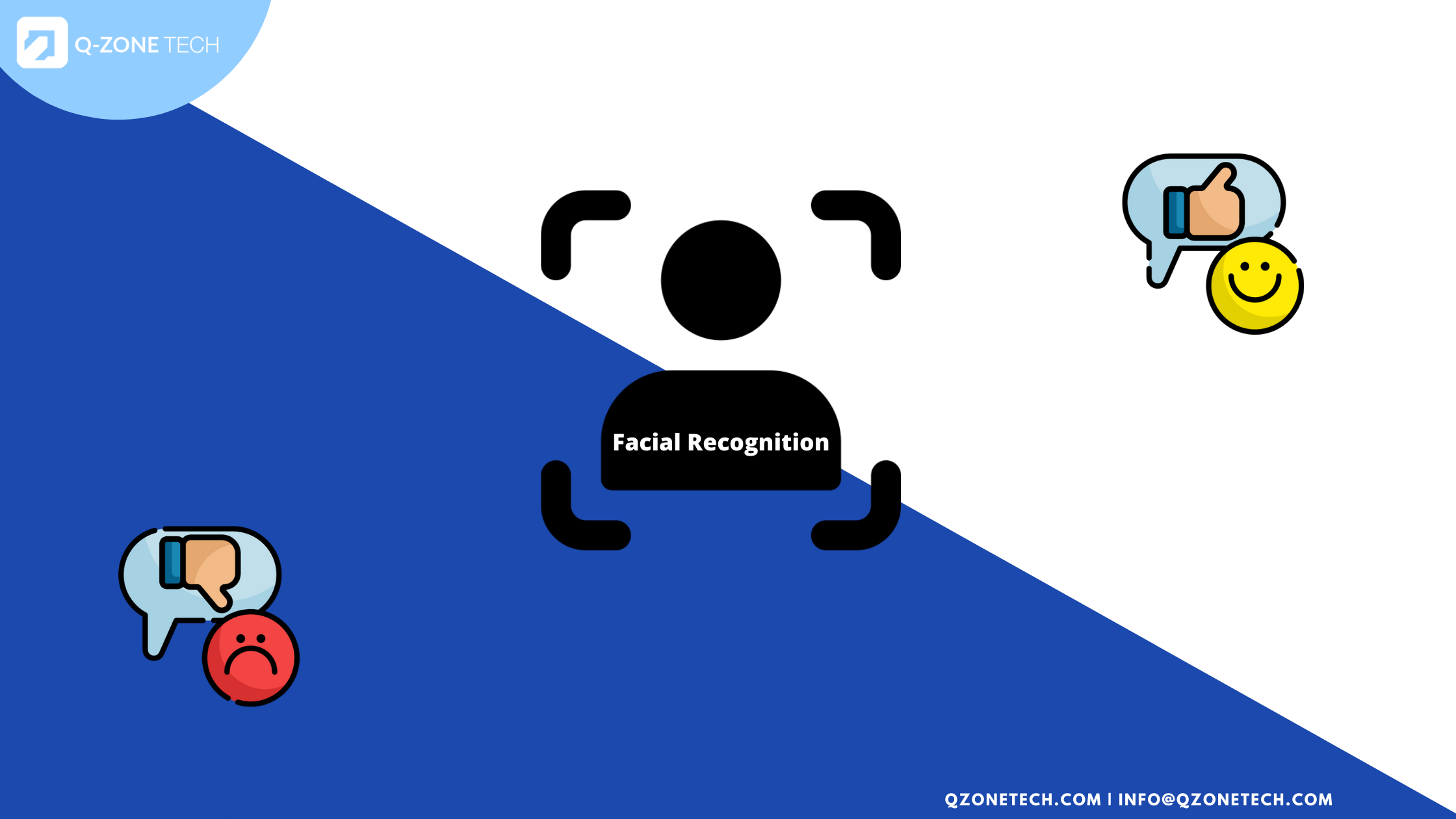 Remember the times when you have to manually key in your passcode on your phone? Of course, you do. You’re probably still doing it, but much less, right? Because instead of doing that, all you have to do now is let your phone recognise your face and it will easily unlock on the go. What an invention, indeed.

Many of us are definitely fond of this technology, including me if I might say, as it really removes the hassle of having to key in your password every time (especially if you enter that website everyday), making things much more convenient.

However, that which glitters is not always gold — inevitably, there are downsides to everything. The potential costs of having your face (or thumbprint, iris, or any biometric feature) stored in a system have raised certain ethical issues that involve privacy.

There are many branches of technology. One of them is artificial  intelligence, and incorporated with that is facial recognition technology. When biometric technologies are combined with artificial technology, it produces 2 reactions: positive and negative. This is because results would be highly accurate but can be considered invasive for some users. 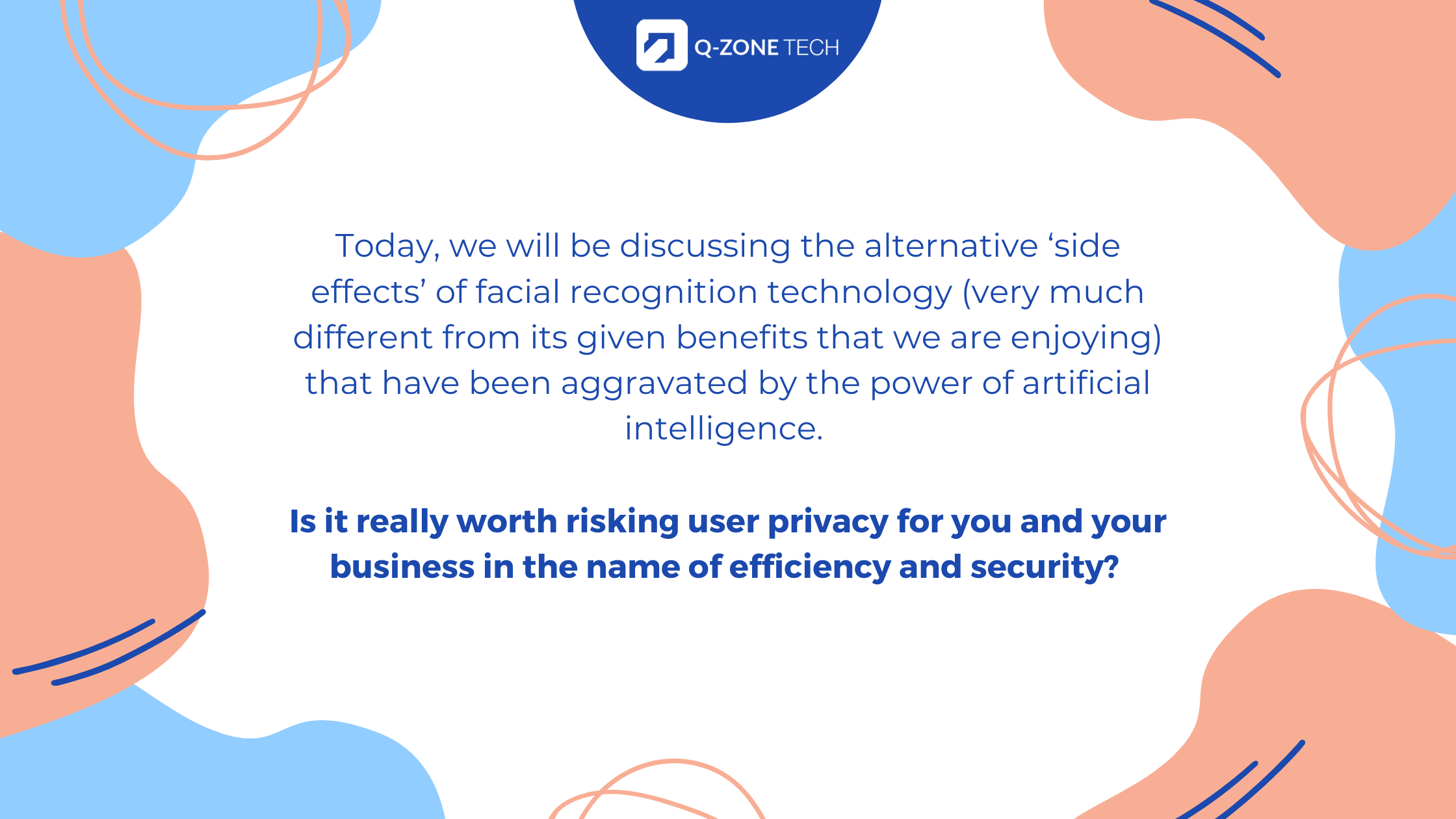 How did facial recognition come about?

Facial recognition is more than 50 years old. Between 1964 and 1966, a research team ran experiments to see whether ‘programming computers’ could recognise human faces. The task of the computer was to find matches based on a person’s hairline, eyes and nose. And just like any other new experiments, it wasn’t successful. Computers find it harder recognise faces than to beat Grandmasters at chess. It would have been many years before this technology came about.

But thanks to camera technology improvements, mapping processes, machine learning, and processing speeds, facial recognition has come of age.

How has facial recognition integrated into our lives?

As shown in the name, biometrics are biological measurements — or physical characteristics — that can be used to identify individuals. For instance, fingerprint mapping, facial recognition, retina scans are all forms of biometric technology, but these are just the most recognised options.

However, today we will be focusing more on facial recognition as this particular area has been tangled between lawmakers and the people more often lately.

Prime examples include Apple’s face ID feature in its iPhones, banking authentication and many more.

AI-based facial recognition technology is a software that can instantaneously search databases of faces and compare them to one or more multiple faces that are detected in a scene. Majority of modern facial recognition algorithms have some semblance of integrated deep learning and neural networks.

This is used because AI biometrics can reduce costs of identity authentication and verification, flexibly respond to fraud threats, and deliver enhanced accuracy, speed and scalability.

AI facial recognition is applied to many industries nowadays. For instance: 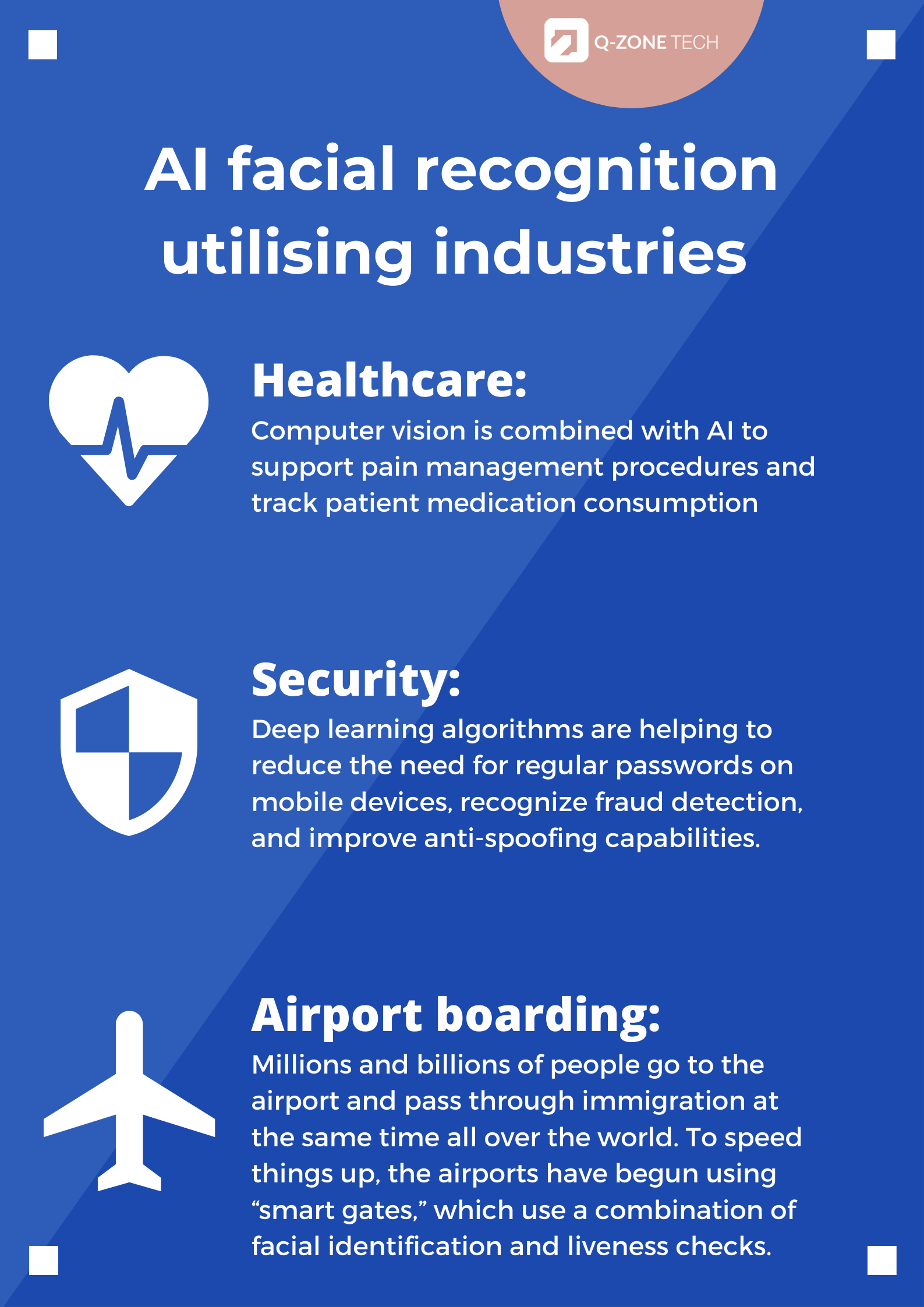 So is facial recognition technology a friend or a foe?

Definitely, facial recognition technology has provided us with numerous benefits that were not existing before. 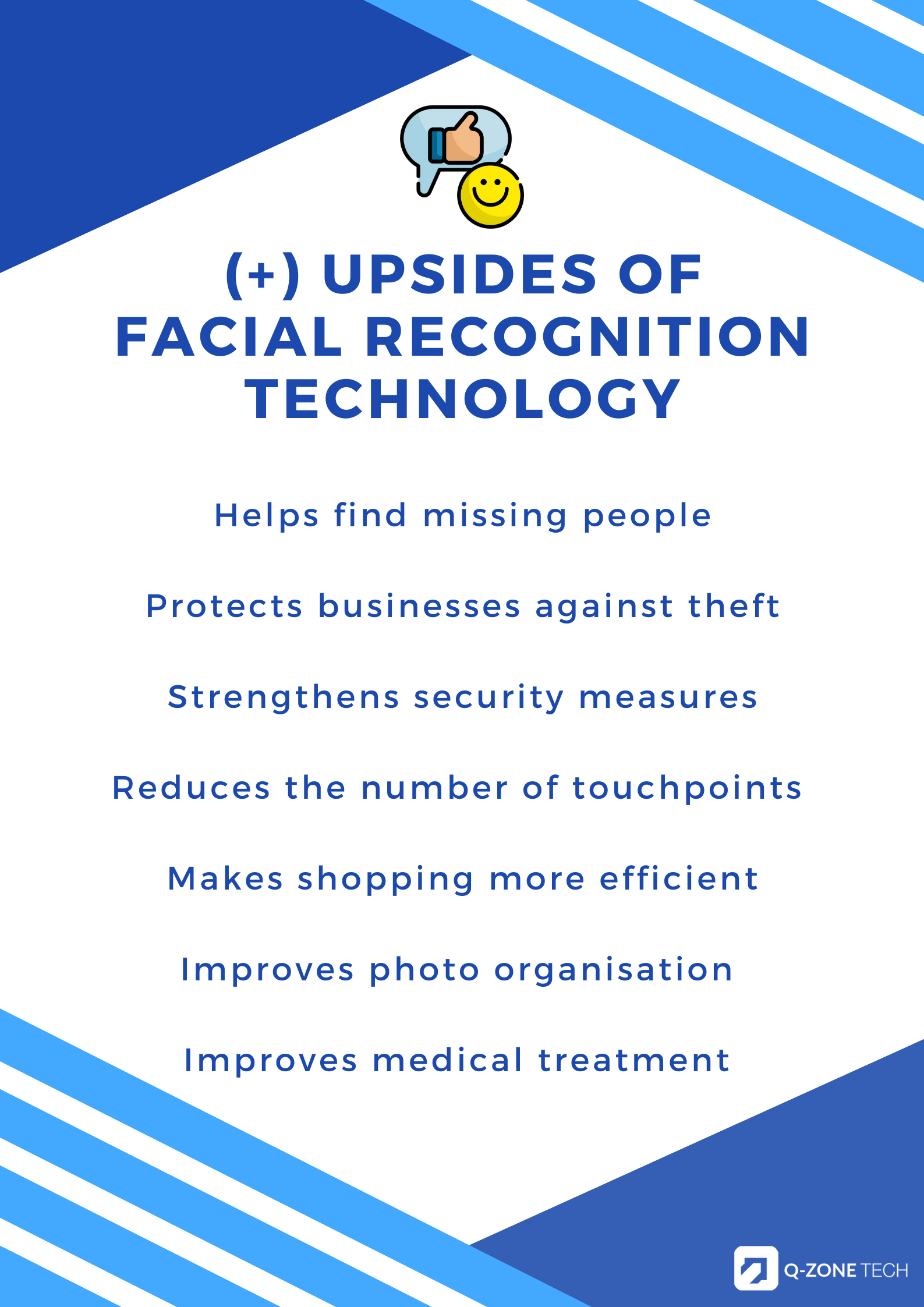 With all these benefits at hand, it is a no-brainer that facial recognition technology is truly a friend to us and nothing but simply made our lives easier ever since it was born.

Nevertheless, facial recognition has also been the subject of plenty of controversy, especially in the aftermath of the shooting of George Floyd, which drew attention to the racially-motivated police brutality in the US.

Due to many police forces relying on facial recognition technology to identify potential suspects, tech giants such as Amazon, Microsoft, and IBM had chosen to reconsider their stances on its development and sales. Weeks later, the use of facial recognition for law enforcement purposes was also deemed unlawful, with the Court of Appeal declaring that the technology violates human rights, data protection laws, and equality laws.

As with any technology (or basically anything), there are potential drawbacks to facial recognition, such as threats to privacy, violation of rights and personal freedoms, risk of errors due to technological flaws, potential data theft and other crimes.

Because this technology captures our faces in 2D or 3D, and measures distances between eyes, nose, mouth and jaw, and stores these converted distances to datasets into a system, replicas of millions of people are in that technology alone. Hence, a triggering point for a series of ethical issues. 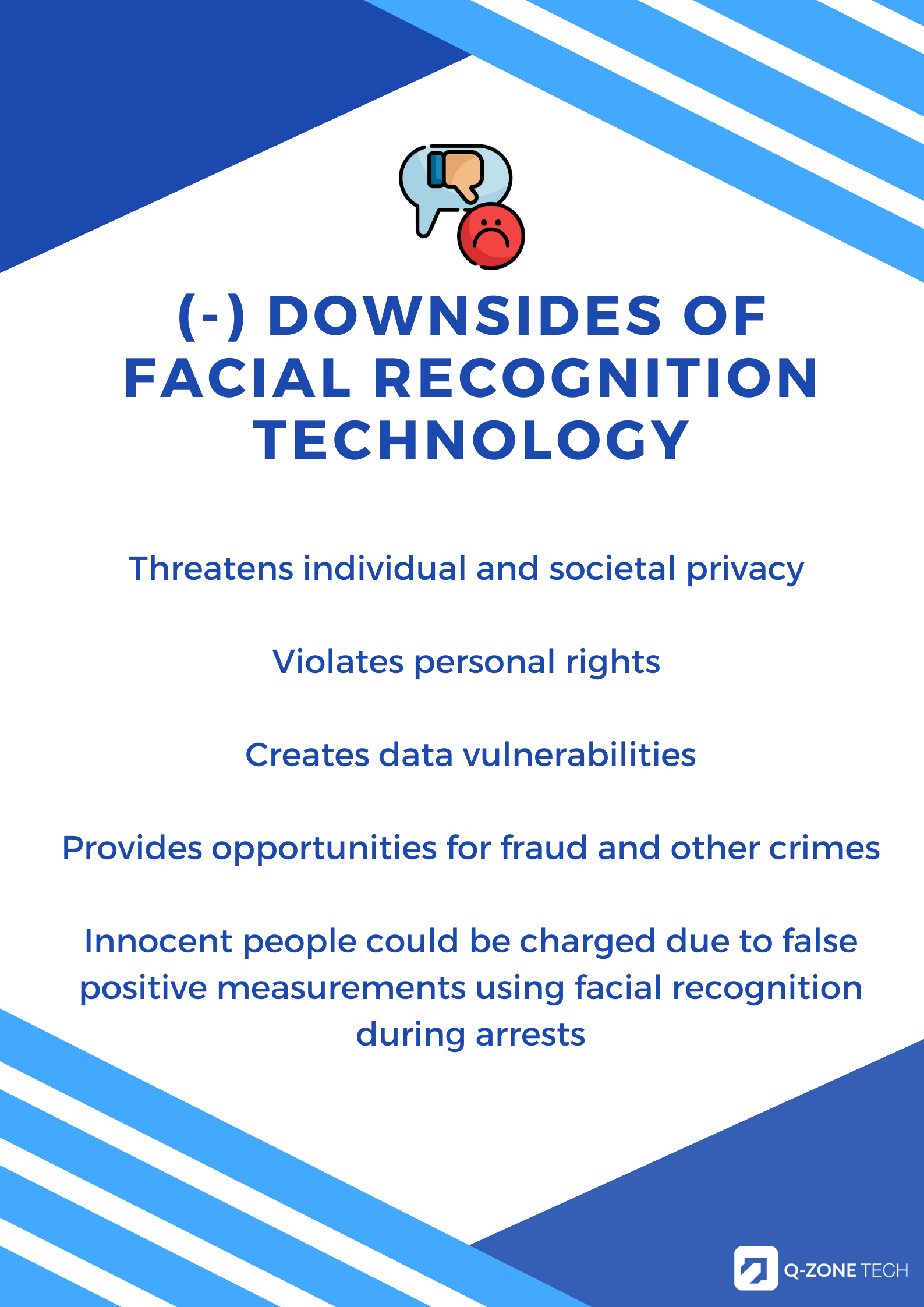 These cons are the reasons why some people remain adamant towards facial recognition technology being implemented into surveillance and security systems.

Nonetheless, it is still being used worldwide.

As facial recognition technology improves, its challenges will decrease. Other technology could impact its effectiveness, including recognising body parts or how a person walks.

For the time being, though, the technology’s inadequacies and people’s reliance on it means facial recognition has room to grow and improve in the future.

It is important for you or anyone who is planning to start a business to take note of such privacy rights and policy matters, especially in Singapore where there is a strict Personal Data Protection Act (PDPA).

Have dying questions regarding privacy policy matters? Come and have a chat with us today through our chatbot and we will be more than willing to help you and your firm in getting compliance with PDPA.

On top of that, you can also claim up to 80% grant support for your projects with us under Enterprise Development Grant (EDG)!